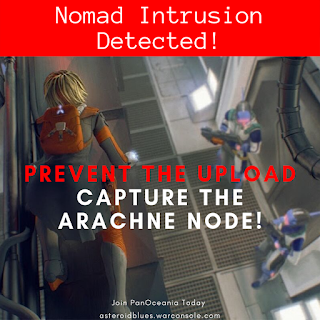 We've got an alarming situation here.

This morning, raiding party of mercenaries conducted a successful operation in the Liberty Cargo facility. They briefly succeeded in penetrating site defenses for several minutes, until a response team arrived. Unfortunately this was not soon enough to prevent second, smaller and much more professional unit, from gaining access to some sensitive materials from the meeting between Mr. Levi Blackburn and Hexahedron officers. 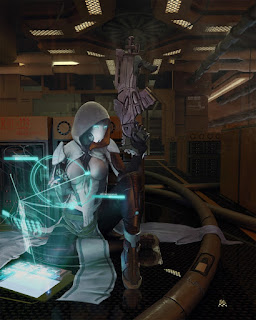 We managed to capture several of the mercenaries from the first group, including their leader, the infamous Kandak Khan from Novyy Bangkok. He has revealed, during interrogation, the true goal of the intruders; to capture sensitive data to leak though the Arachne network. He wasn't able to confirm the true nature of his employers; they might be Yanjing operatives, Nomad Black Hand or Shasvastii agents.

It is imperative that we foil this plot.

Therefore, all available strike teams are directed to gain control over the local Arachne node and prevent any suspicious transmissions until Monday midnight. In the same time, it is still necessary to defend the Liberty Cargo base, and teams unavailable for offensive operations should continue to focus their efforts in this area.


(Points scored at both Liberty Cargo, and the Arachne node, will count for our ongoing in-faction reporting awards. So get out there and play some games!)
Posted by Admiral JCJF at 17:24

Archive of the Heart

Friends of the Hyperpower